What is the Split-Sleeper Berth Exception?

The sleeper-berth exception is one of the most confusing rules in the FMCSA regulations. Walk through an example of how to properly use this exception. 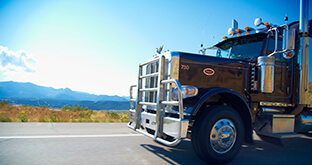 Wondering how you can take advantage of the new hours-of-service rules' flexibility? Download our free compliance brief, plus get a free Encompass® Fleet Management System quote.

The sleeper-berth exception found in the Federal Motor Carrier Safety Administration (FMCSA) hours-of-service rules is one of the most confusing in the regulations. The rule, found in 49 CFR §395.1(g)(1), applies to drivers of property-carrying CMVs equipped with a compliant sleeper berth (§393.76).

The two qualifying breaks can be taken in either order. For example, a 7-hour sleeper period taken first, and a 3-hour off-duty period taken second or vice versa.

How Can I Use It?

The best way to understand the split-sleeper berth exception and how to use it is by example. Consider Juan’s logs below. 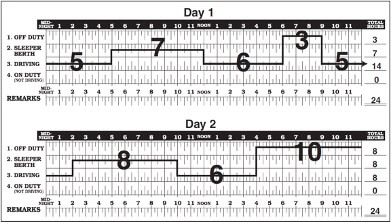 After 10 hours off duty, on day 1 Juan drives for 5 hours and then enters the sleeper berth.

After 7 consecutive hours in the sleeper, he drives for 6 hours, reaching the 11-hour driving limit and hour 11 out of his allowed 14 (see the explanation of the calculations below). To do any more driving, Juan has a choice to make:

He chooses option #2, a 3-hour break. At this point, he has accumulated the necessary 10 hours off duty using the two separate qualifying breaks, so he can start driving again.

How much time is available under the 14-hour rule?

Juan must again count forward from the end of the first two breaks (the 7-hour sleeper period, which ended at noon) and subtract that from 14. Remember, Juan can exclude both qualifying breaks from the 14-hour limit. That means he has 8 hours remaining (14 minus 6).

After driving 5 more hours, Juan has reached the 11-hour driving limit and has used 11 out of his allowable 14 hours. To do any more driving, Juan again has the same choice to make:

He chose option #2 and got 8 hours in the sleeper. At the end of this break (10 AM on day 2), Juan must recalculate hours available to drive and hours left on the 14-hour clock.

How much time does he have available?

He must count forward from the end of the first break in this pair (9 PM on day 1) and subtract all driving time from 11. So he has 6 hours available (11 minus 5). For the 14-hour calculation, he must subtract all time from the end of the 3-hour break at 9 PM from 14 and can exclude a qualifying break of at least 7 consecutive hours in the sleeper berth, or the 8-hour sleeper-berth period on Day 2 in this scenario. So he has 9 hours remaining (14 minus 5).

After driving for his remaining 6 hours, he must again choose how much time to take off:

One noticeable impact of this change is the added flexibility the rules give to drivers who have access to a sleeper berth. They can decide how to split their breaks — whether it’s 8 and 2, or now 7 and 3. While there is enhanced flexibility, the split-sleeper exception can cause drivers to be behind the wheel when they would typically be sleeping. This can be especially dangerous between midnight and 5 AM.

More importantly, drivers can “stop the clock” on the 14-hour rule for at least two hours, gaining back that productive time under the prior 8/2 split-sleeper exception. Given that benefit, in particular, more drivers and motor carriers will probably want to start using the split-sleeper option, especially if they either know the ins and outs of how to calculate compliance or, better yet, have an ELD that can calculate compliance for them.

The Encompass® ELD mobile app makes compliance with hours of service easier for your drivers and other employees that use sleeper berth, exempt, or other unique driving rulesets. The driver-friendly app is 100% compliant with FMCSA regulations, alerting drivers to pending violations. Talk with a compliance specialist to learn more about the J. J. Keller ELDs and Encompass. 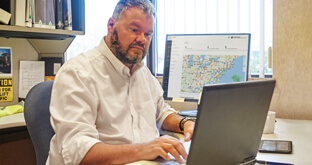 In today's world of off-site DOT audits and nuclear verdicts, you must maintain your records to the highest standards, and that means switching to electronic recordkeeping. 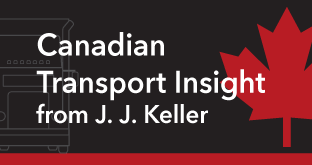 The Canadian ELD mandate has a new enforcement date. Here's what you need to know so you're prepared for January 1, 2023. 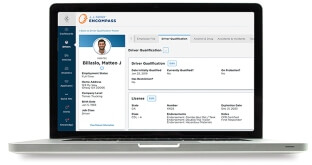 Encompass — A Journey of Compliance Innovation

The J. J. Keller® Encompass® Fleet Management System is celebrating 20 years of fleet management in 2022! Take a look at our exciting new enhancements.