Extending the Hours of Service "Short Haul" Limit to 14 Hours

There’s a movement to give short-haul drivers an extra two hours in their workday without the need for logs.

Under current hours-of-service regulations from the Federal Motor Carrier Safety Administration (FMCSA), certain “short haul” truck and bus drivers who stay within a 100-air-mile radius are exempt from needing the same paper or electronic logs that long-haul drivers use if these drivers are back to their starting point and released from work within 12 consecutive hours.

Now there’s a growing movement to give short-haul drivers an extra two hours in their workday without the need for logs, including efforts from Congress, the industry, and even an FMCSA advisory committee.

Some short-haul drivers can already work those extra two hours without needing logs, including drivers who haul ready-mix concrete and asphalt, and drivers for at least two small companies that were granted temporary exemptions in recent years.

The latest request for a 14-hour limit is on a much a larger scale. It comes from a major waste and recyclables hauler representing about 18,000 drivers whose short-haul drivers who may not be done working within 12 hours.

The company argues that, as a result of frequent stops to pick up trash, its drivers are required to interact with their ELDs “hundreds if not thousands of times a day.”

The FMCSA has legal authority to grant the company an exemption for five years if it determines that highway safety will not be compromised.

Though the FMCSA could decline the exemption request, it would be unable to fight an act of Congress. A bill in the House of Representatives would, in part, require the FMCSA to expand the 100-air-mile and 12-hour limits to 150 air miles and 14 hours for all commercial truck drivers. It would not affect drivers of passenger-carrying vehicles.

The bill, known as the “Honest Operators Undertake Road Safety (HOURS) Act,” has 14 bipartisan cosponsors and awaits action in the House Committee on Transportation and Infrastructure. There’s no word on when, or even if, the bill might be debated or acted upon.

The advisory group has been tasked with finding ways to cut unnecessary regulations and began deliberations on a possible 14-hour limit for short-haul drivers earlier this year. It could issue a recommendation to the FMCSA on the issue this fall after further discussions.

With representatives from the motor carrier industry, enforcement agencies, safety advocacy groups, and labor organizations, MCSAC provides advice and recommendations to the FMCSA on regulations and other issues. However, the FMCSA is not required to enact MCSAC recommendations. 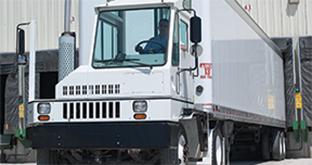 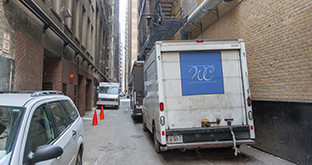 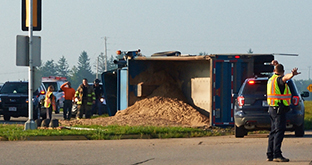