There are four primary areas a truck driver can be disqualified from driving a commercial motor vehicle (CMV):

2.Disqualification for criminal and other offenses — Section 391.15(c)

4.Disqualification for violation of prohibition of texting while driving a CMV —391.15(e)

Driver Disqualification for Loss of Driving Privileges — §391.15(b)

If a driver loses his or her CMV operator’s license (either temporarily or permanently) because of revocation, suspension, withdrawal, or denial, that driver becomes disqualified. For example, a driver who holds a valid driver’s license from his/her home state, but whose privilege to drive in another state is revoked or suspended because of a moving violation. That driver is disqualified until his or her privileges are restored by the authority that revoked or suspended them.

The driver is required to inform you of the above conditions. However, you can request a Motor Vehicle Report (MVR) on all current drivers more frequently than the minimum requirement of once every 12 months (§391.25(a)).

Driver Disqualification for Criminal and Other Offenses — §391.15(c)

This section of the regulations describes the criteria for criminal and other offenses and the duration of disqualification for these offenses. One offense to note (not covered in §383.51) is the possession of a Schedule I controlled substance.

This section states the duration of time a driver is disqualified if convicted of violating an out-of-service order:

• First violation disqualifies a driver for not less than 90 days and no more than 1 year.

•  Second violation disqualifies a driver not less than 1 year nor more than 5 years if, during any 10-year period, the driver is convicted of two violations of out-of-service orders in separate incidents.

•  Third or subsequent violation disqualifies a driver not less than 3 years nor more than 5 years if, during any 10-year period, the driver is convicted of three or more violations of out-of-service orders in separate incidents.

Driver Disqualification for Violation of Prohibition of Texting While Driving a CMV — §391.15(e)

This section was added to address the duration of disqualification by a driver who is convicted of texting while driving a CMV. 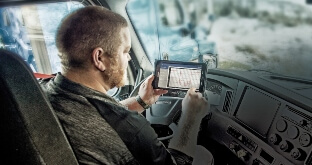 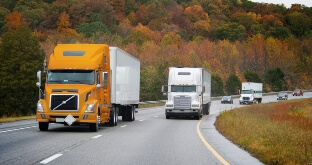 Learn how to work smarter, not harder, by using ELDs and vehicle tracking devices to automate your fuel tax compliance processes. 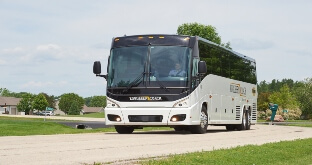 What Is a Commercial Motor Vehicle (CMV)?

Understanding the definition of a CMV is extremely important because drivers and motor carriers who operate CMVs must comply with additional requirements.