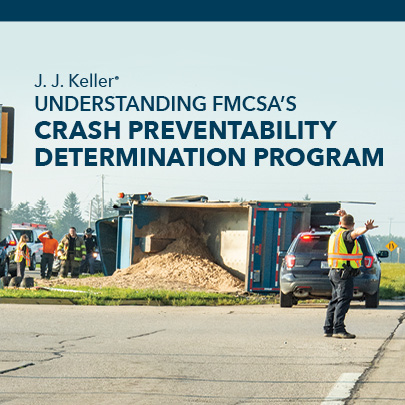 Did You Have a Non-Preventable Crash Last Year?

Download our new FMCSA Crash Preventability Matrix to learn how your non-preventable crash could be removed from your CSA Crash BASIC Score.

On Friday, the Federal Motor Carrier Safety Administration (FMCSA) announced motor carriers and drivers can now use DataQ’s to challenge the preventability of certain crashes under the Crash Preventability Determination Program.

The release of the new program is exciting news for carriers and drivers!

First, the removal of a crash from the Compliance, Safety, Accountability (CSA) calculations will lower the carrier’s CSA Crash Indicator BASIC score.

Second, the removal of non-preventable crashes will positively impact a carrier’s insurance premiums and business opportunities, as many of them share their CSA scores with customers and insurance providers.

Finally, employers will have a better understanding of a driver’s history as the Pre-employment Screening Program (PSP) will denote non-preventable crashes within the list all CMV crashes for the past five years.

The FMCSA has identified the following list of crash types as non-preventable:

Struck in the Rear type of crash: when the CMV was struck in the rear or on the side at the rear.

Parked or Legally Stopped type of crash: when the CMV was struck while legally stopped at a traffic control device (e.g., stop sign, red light, or yield); or while parked, including while the vehicle was unattended.

Medical Issues, Falling Asleep, or Distracted Driving type of crash: when the CMV was struck by a driver who experienced a medical issue which contributed to the crash; or by a driver who admitted to falling asleep or admitted to distracted driving (e.g., cellphone, GPS, passengers, other).

Cargo/Equipment/Debris or Infrastructure Failure type of crash: when the CMV was struck by cargo, equipment, or debris (e.g., fallen rock, fallen trees, unidentifiable items in the road); or crash was a result of an infrastructure failure.

Animal Strike type of crash: when the CMV struck an animal.

Suicide type of crash: when the CMV struck an individual committing or attempting to commit suicide.

CMV crashes that occurred on or after August 1, 2019, are eligible for consideration under the relaunched program.  Here is the process FMCSA follows:

STEP 2: The FMCSA determines if the crash falls into one of the covered categories, then reviews the request, the police accident report and other supporting information the carrier provides, the details of the crash, and the condition of the driver and vehicle prior to the crash.

STEP 3: The FMCSA then determines that the crash is either not preventable, preventable, or that they cannot make a decision on the crash ("Undecided"). They will post the final determination to the Safety Measurement System (SMS).

It should be noted that your odds of proving a crash was not preventable is increased exponentially with the use of dash cam technology. Video can be used to support your argument that a crash meets one of the types of preventable crashes defined above. For example, a video clearly shows a deer jumping in front of the truck just prior to impact fits the Animal Strike category and clearly preventable.

According to trucking defense attorney, Doug Marcello, “The reality is that we live in a YouTube world.  If it’s not on video, it doesn’t exist. Studies show that automobile drivers cause most accidents. It is only logical that video evidence would frequently support your defense. Why not have proof that you or your driver were not at fault?”

Request more information about the Encompass® Video solution or talk with a compliance specialist today at 855.693.5338. 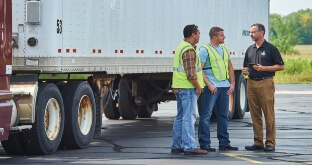 Compliance challenges, tight timelines and lean resources can result in overwhelming stress for a fleet manager. But it doesn’t have to be this way. 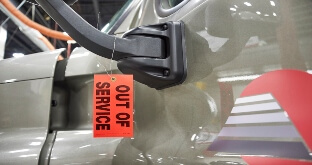 Are you proactively managing the defective vehicles you've had to remove from service? Here are some best practices to consider. 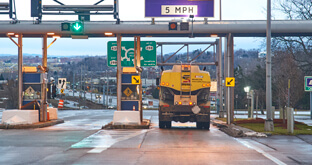 Supporting Documents — A Day in the Life

Do you know the five types of supporting documents? Walk through an example of how to properly use each of them.