The state supreme court of New York issues a ruling on ELD enforcement.

According to a recent opinion from the state’s supreme court, the State of New York has not been enforcing the federal electronic logging device (ELD) rules and therefore is not in violation of state law. The Owner Operator Independent Drivers Association (OOIDA) had sued the state, arguing that the New York DOT was enforcing the ELD mandate despite having no legal authority to do so.

In a December 31 opinion from Judge Richard M. Platkin, the court dismissed OOIDA’s arguments based on the state’s “current policy that ‘no tickets or Notices of Violation are to be issued citing the federal ELD regulations, and no violations of ELD rules are to be cited on the inspection report.’”

State May Only Enforce 2013 Rules

The state still enforces the federal hours-of-service rules in 49 CFR Part 395, but state statues only allow it to enforce the version of Part 395 that existed in October 2013 — long before the ELD rules were added.

The state is currently working on correcting that problem through the legislative process. In the meantime, it has a policy not to transfer logs from drivers’ ELDs and not to cite drivers for ELD violations.

Inspectors can ask to see a driver’s logs and can still review logs on an ELD, but drivers have the option to present either paper or electronic records for now. The policy applies to both interstate and in-state-only drivers.

The New York DOT’s ELD enforcement policy has evolved over time and had an impact on the case.

Prior to the ELD installation deadline in December 2017, the state told its officers they could not issue tickets for ELD violations, but such violations should be recorded in the database that gets shared with the Federal Motor Carrier Safety Administration (FMCSA).

OOIDA argued that passing violations along to the FMCSA constituted “enforcement” of the ELD rules, but the court said that’s a moot point because the state’s policy changed before the April 1, 2018, ELD enforcement deadline.

In its current policy, the state DOT says officers should not:

Instead, officers should treat ELDs like an “electronic version of a log book” and rely on the screen to review and enforce hours of service.

The court concluded that New York’s policy to review ELD data during roadside inspections is “reasonable” and in compliance with state law as long as officers don’t cite drivers for ELD violations.

Hours of Service (HOS) Rules Are Still Being Enforced

New York is still enforcing the federal hours-of-service rules on both interstate and intrastate drivers — minus the ELD requirements for now.

State law does incorporate the federal requirement that a CMV operator demonstrate compliance with HOS requirements by reference to paper logs or an automated on-board recording device,” the court noted. “[A] commercial vehicle operator of ordinary intelligence plainly is on notice that roadside inspectors will require proof of compliance with HOS requirements, whether in the form of paper logs, ELDs or other type of automated recording device.

In addition, the FMCSA can fully enforce ELD requirements during audits of New York motor carriers.

The court dismissed all other claims from OOIDA, including a claim that the state’s use of ELDs for hours-of-service enforcement constitutes an unreasonable search and seizure and deprives drivers of due process. 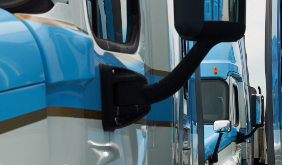 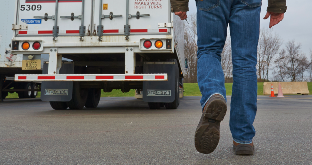